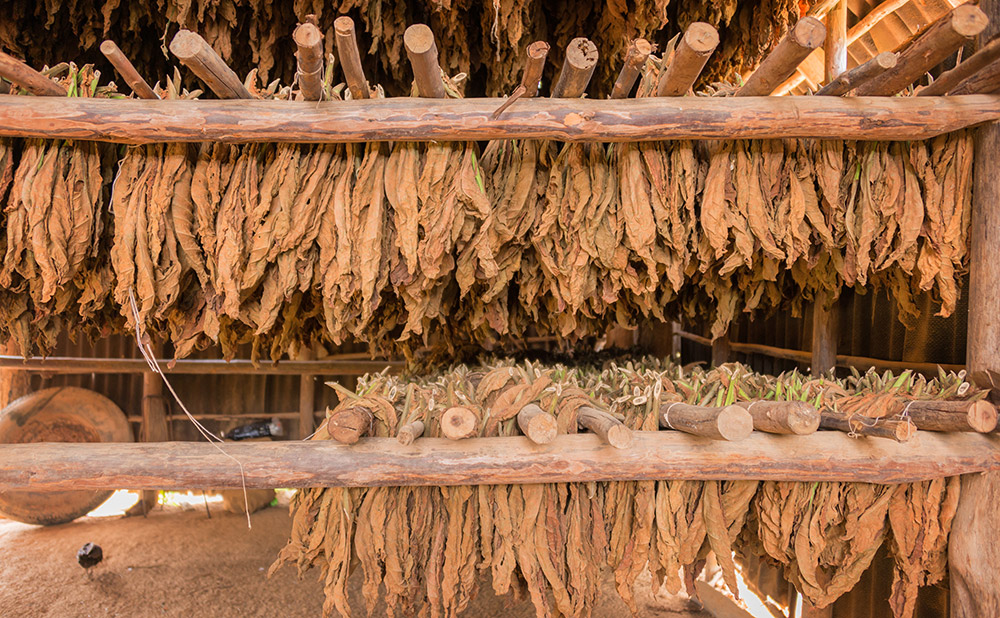 A little cigar knowledge goes a long way – and gives you a greater enjoyment of your smoke.

A WARNING – here cometh the history lesson. Don’t fall asleep or start doodling in your margins, now; you’ll like this one.

Christopher Columbus saw tobacco for the first time in 1492. Taino Indians were rolling and burning it, he later reported, and they called their bundles Cohiba.

Cuban Black Tobacco is often considered the best in the world. The growing conditions on Cuba – especially in the hallowed Vuelta Abajo, a prehistoric landscape where giant granite outcrops strewn with crawling Iliana vines rear like passing battleships – is as damned near perfect for cigar tobacco as it’s possible to get.

The soil here is deep red. Rich with minerals and nutrients from aeons of decayed vegetation and historic volcanic eruptions, it grows Nicotiana tobacum at an almost visible rate.

The plant is out in the plantations at six inches high. Less than six weeks later, its stands more than seven feet tall.

Since Columbus first gawped at those Indians who appeared to be setting themselves on fire, tobacco lore has spread around the world. But the heart of cigar tobacco is Cuban.

Did you know that Habanos is a Denominación de Origen Protegida (DOP) – protected denomination of origin reserved only for those brands or Marques whose cigars are grown in a specific area?

The cigars grown in the Vuelta Abajo in the Pinar del Rio region of Western Cuba are the very best the island has to offer and are therefore recorded special status. For centuries, Cubans have learned how to husband this plant, to grow it, protect it, learn from it, read it. Deeply labour intensive, intricate in detail, this is the mystery that shrouds the birth and construction of a Cuban Puro – a cigar made entirely of leaves from one country.

While Cuban seed has found its way around the world to be grown in other soils, Cuba has the one thing the others don’t – its position on this great green planet of ours.

It has just the right climate; just the right cloud cover; an ideal terrain and a terroir that gives the growing plant everything it needs. Its deep, leathery leaves grow fast and full of flavour – the exact levels of minerals in the soil giving rise to the flavours we know and love in our cigars; leather, coffee, vanilla, pepper.

These traditions – often subtle secrets kept within the invisible boundaries of the very fields and farms where the tobacco is grown – are the real riches of the Cuban cigar trade.

It is these ways and means of dealing with the plant, how to keep it from blue mould and attacks from beetles and nematode, that are passed down from generation to generations.

You are benefitting from this history each and every time you select a Habanos to light up. Consider it, the lore of the ages, as you clip and light your smoke. Let your thoughts wander with the smoke. Taste the terroir.