Sautter of Mount Street / Blog  / Chevy to The Levy 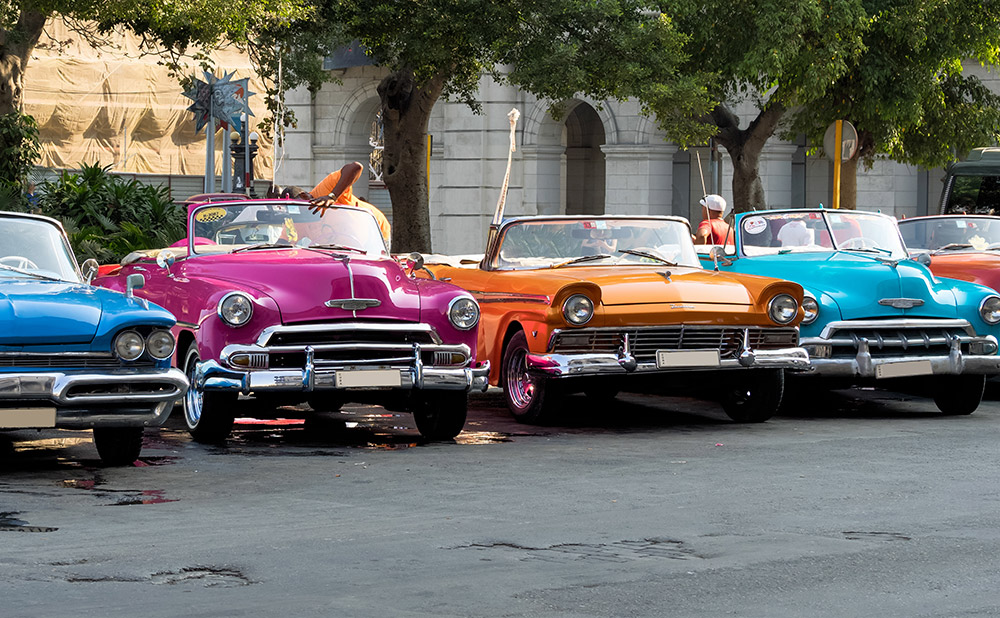 Chevy to The Levy

There’s the trill of schoolchildren mixing with the sound of traffic.

Dappled sunlight filters through the swaying leaves of gargantuan overhead trees. And a pair of cigar enthusiasts are having the time of their lives.

Allow Laurence Davis and Nick Hammond, in the latest video report from their week in Havana, to take you on a guided tour of this spectacular city, via an aquamarine convertible Chevrolet Bel Air from 1955. You’ll roll up at the iconic Nacional Hotel; cruise alongside the famous Malecon sea wall; and witness daily life here amid the faded grandeur of one of the world’s most exciting cities.

Havana is known for its old cars, repaired a million times over and cared for with love and pride by their lucky owners. Lucky, because owning a car in Cuba is massively expensive. Want to buy a car? No problem. As long as you have plenty of money in the bank.

The Government doesn’t allow the private importation of cars, so you’re stuck with something secondhand. But you’ll pay as much for a clapped out 1970s Lada as you would for a brand new saloon car in the West. And then you need to keep it on the road. Are you beginning to see why Cubans have old cars now? And why they coo over them, fuss about them and work night and day to find ways to fix mechanical problems without access to spare parts?

Necessity is the mother of invention, so they say, and nowhere is that better seen than in Cuba. Make do and mend is still a way of life here. The throwaway culture of the West is completely alien. Minuscule amounts of food are eked out to feed families; money from poorly paid jobs spread across generations. People help each other out here. And, of course, there is a massive black market selling everything and anything; at a price.

Laurence and Nick’s vintage Bel Air still has its original motor, and purrs like a contented moggie. It’s white leather seats and chrome door handles gleam in the sun. One can only imagine what deals have been struck during its lifetime to keep it ticking over.

As soon as spotty Cuban WiFi allows, we’ll get our video out to you. And you can join Laurence and Nick as they talk mafia, mobsters, movie stars, Fidel Castro, Che Guevara and crooners – and, of course, a good slice of cigars.