Sautter of Mount Street / Blog  / Do You Ever Get Bored of Cigars? 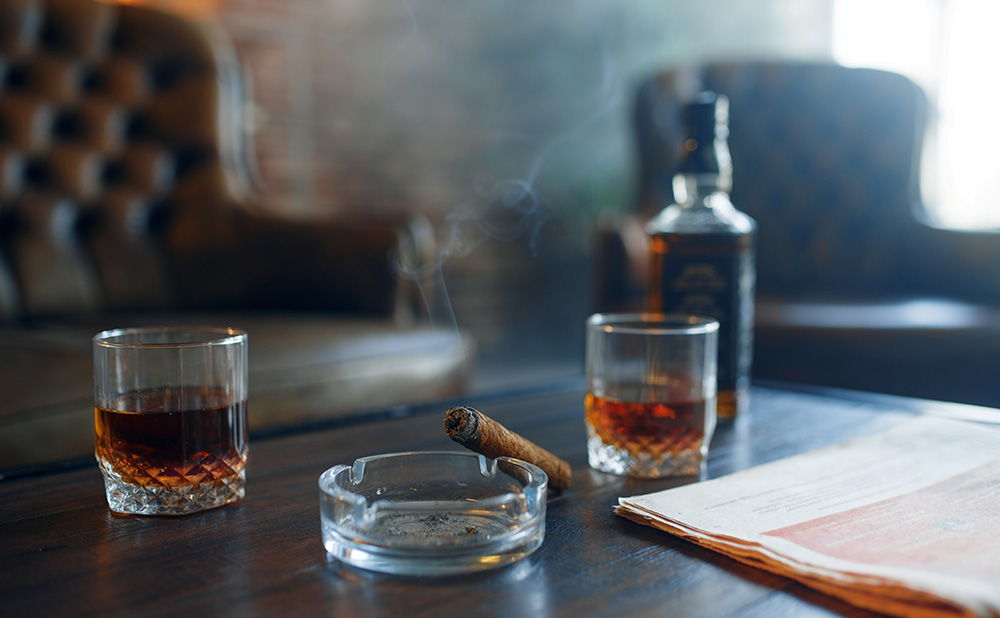 Do You Ever Get Bored of Cigars?

Sure, there are times when we may not feel like one (not often, admittedly, but if we’re under the weather, or not at our sparkling best) but speaking for the Sautter crew at least, any day needing in a Y is generally made better with a cigar in it.

The reason we ask is that of course, it is possible to have too much of a good thing. The shooting season is in full swing now, as an aside, and we know chaps who shoot three, four, five days a week. That, even to the country sports loving outdoorsmen among us, is enthusiast stuff. You need real dedication to give of your best so often in quick succession. It is very easy to become jaded.

And the same may be true on occasions of your cigar palate. Rather than have a bog standard cheap machine-made every morning after your coffee, why not skip it once in a while and save yourself for something a little better when your palate has had time to recalibrate?

Similarly, instead of a quick post-supper, before-bed type whiff of a cigar which you barely even register or taste, maybe you would be better served missing out for a few days and then trialling something of a higher quality, which will encourage you to take the time to savour and appreciate?

These are the cigars that, perversely, give us most value; they reward time and concentration, being treated carefully and the thought process that goes on during those Zen cigar moments. You actually get a lot more bang for your buck with the higher quality, more expensive cigars than you often do with cheaper, more everyday sticks. It’s largely unquantifiable in practical terms, but if you think about it in the terms outlined above, you’ll see it’s nevertheless undeniably true.

‘Smoke less, smoke better’ is something you may have heard bandied about before, and Sautters is, on the whole, a subscriber to this theory. While a quick, cheap smoke may occasionally have its merits (like when time is short and wasting an expensive or ‘better’ cigar would be crime) on the whole, we would advise you to always smoke the best cigars you can afford. You simply get the best chance of then enjoying them, really studying them and their flavours and, on the whole, getting the most out the experience.

Happy smoking to you all.