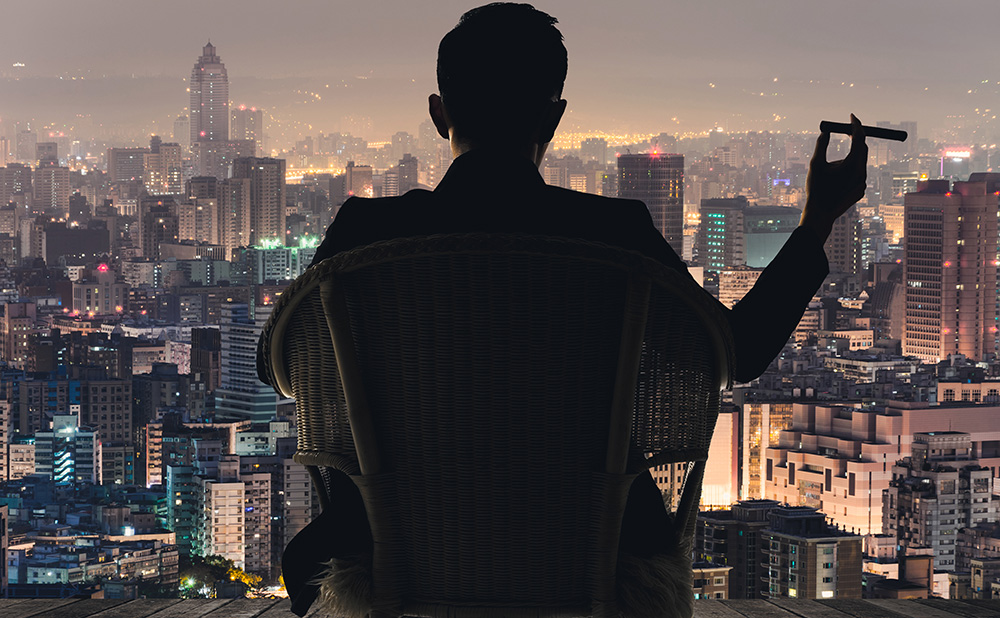 Are you a walk the dog sort of smoker – or a contemplative lounger, who prefers to be sitting down when he or she lights up?

We know we’ve discussed this in part before, but it’s worthy of a revisit at this time of year, for when it’s chilly and one fancies a handrolled special, optimum conditions may have to be compromised.

If you conduct a little survey among your cigar pals, you might be surprised at the divergence of opinion among them as to whether they’re in or out sort of folk.

Yet another of the intriguing aspects of this passion of ours is the fascinating diversity of anecdotal pathways there are to explore. Each may at first look like a dead end in itself – but once you venture along it, it always leads onto more adventures ahead. That’s why the cigar world captures us as such an endlessly beguiling pastime. It really is a journey.

Some of us love to smoke in the great outdoors. For one, our clothes aren’t thoroughly kippered by all that smoke. Secondly, there’s not such a claustrophobic air and one can stretch out and ‘own’ a bit more of the world’s ever-shrinking space.

On the other hand, outside gets cold. Not just for an hour, a day, a week – but in these climes, for months at a time. Wind, snow, rain and low, grinding temperatures. No amount of cigar love is going to convince us to smoke in unpleasant conditions (and they won’t help your cigar be at its best, either).

No, indoor kind of folk prefer to be seated comfortably before indulging in their passion for the leaf. There are multiple reasons for this. Not least, as we’ve discussed in the past on these pages, is smoke itself. There is something utterly mesmeric about the intricate travails of a wisp of smoke. This allure is on a par with watching a crackling fire – it puts one into an instant contemplative state of mind and forces holistic thinking. The chaos theory of smoke patterns could be said to mirror life itself; and endless series of choices, actions and reactions.

The other thing about smoking indoors is that it feels like such a luxury these days. It’s only a dozen years since the dear old Smoking Ban came into effect and most of us cigar lovers can still remember what it was like to be able to light up a robusto at the bar. Yet these days, it seems almost absurd to think of smoking in a public building. How times have changed.

When one is able to spark a cigar and leisurely pull on it, enjoying the cloud of smoke that it produces with a satisfied exhalation, it definitely feels a little like a scene from Prohibition times Chicago. Have you ever noticed that when someone tells you not to do something, there’s a perverse pleasure in ignoring them and doing it anyway?

Thanks to the UK’s life-saving sampling exemption for specialist shops, terraces and lounges, at least we can still ‘sample’ cigars in public places. And whether you’re an Inny or an Outy at the end of the day doesn’t really matter.

As they say, it’s the taking part that counts. So, spark up a stogie – inside or out – and enjoy every last puff.