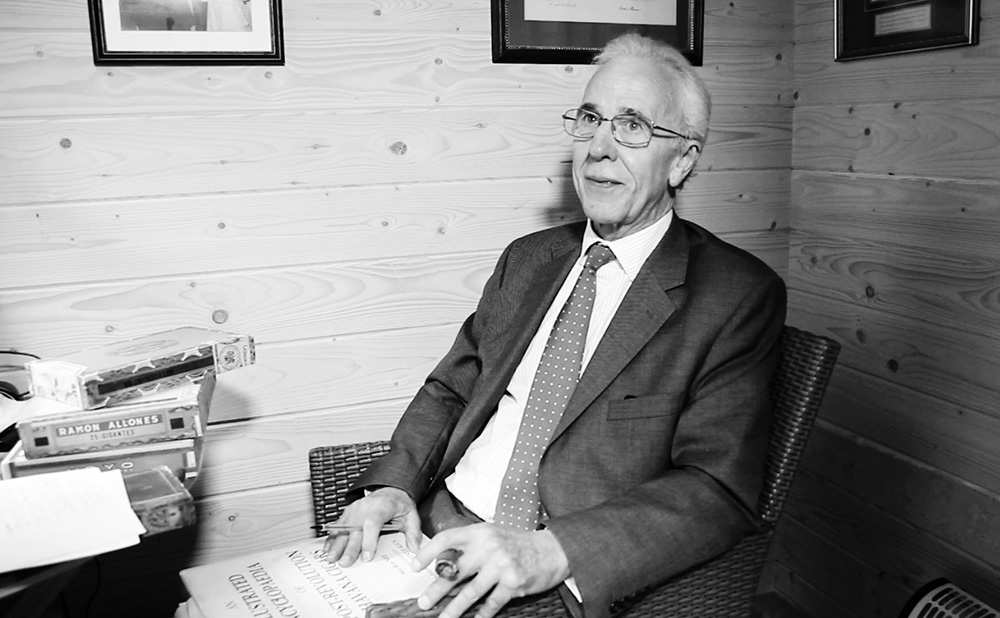 Just like when you arrive at your favourite restaurant and first begin to peruse the menu du jour, there are times when certain cigars will call to you more than others.

This might have something to do with time of the day, time of the year, what you’ve been eating or drinking, your mood or even the current state of your bank balance. All these and more can affect what cigar you fancy – and how much you’ll ultimately enjoy it.

So, when we heard this week that the man, the myth, the legend in the cigar world that was Simon Chase had passed away, there was only one cigar to reach for.

While Simon – former Marketing Director of Hunters and Frankau and doyen of the Cuban cigar world – knew intimately every vitola from every marque (he virtually invented some of them himself, for goodness’ sake) it was the Ramon Allones Specially Selected that became his stick of choice.

If you ever bumped into him – or Hunters’ Chairman David Lewis – you could guarantee that it wouldn’t be long before a RASS would be smouldering. They both shared a love for this under-rated stick; dark, unassuming in appearance, ever so slightly box pressed and wonderfully elegant and satisfying.

Although admired worldwide for his encyclopaedic knowledge of the cigar world and for his masterly handling of the frenetic Habanos Festival auction in Havana every February, he was an understated, self-effacing man.

Always cheerful, never happier than with a fun group of cigar lovers, he had a way of making you feel at ease and your opinion important, whether you were a cigar novice or someone who’d been enjoying the leaf for a lifetime.

I don’t think any of us – least of all Hunters and Frankau itself – quite yet understands just how much we have lost with his passing. Not just a superb executive who, in his time, masterminded scholarly advertising campaigns and PR coups which today’s hipster ad agencies would have gasped over, but because his very knowledge and grounding in legislation and lobbying made him perhaps one of the world’s most influential cigar smokers.

Did you know that it was Simon that made sure the ‘Sampling’ legislation that we now all take for granted was included specifically for cigars in the 2007 Smoking Ban? Before his intervention on behalf of cigar smokers (which also benefited Hunters as well, of course, but was nevertheless momentous for all of us) you were not even going to be allowed to smoke in cigar stores. Imagine. Simon argued – eventually successfully – that as a luxury product, enjoyed as part of a lifestyle and not as an addiction, cigars were enjoyed by people as discerning as any wine lover. Therefore, to withdraw the customer’s ability to taste cigars before buying an expensive box of them would mean the beginning of the end for those in the cigar business. Amazingly, Simon got the exemption drafted and through Parliament. Next time you sit down in your favourite cigar store here in the UK to ‘sample’ a cigar before buying, remember that you owe every minute of that pleasure to Simon Chase.

Simon was a wonderful companion, too. Whether in his beloved Cuba – Panama-behatted and always looking the cool, elegant, British gent – or in his bib and tucker at another swanky cigar dinner, it was the lucky guest who found himself seated next to Simon.

With a raised quizzical eyebrow and a schoolboy smirk never far from his lips, he was a jolly and generous friend wherever he was encountered. Which is not to say he was a pushover – there are those, both within Hunters &amp; Frankau and in the wider world, who saw the occasional flash of Chase’s steel.

He will be deeply missed, both personally and professionally.We all owe him a debt of gratitude for keeping our beloved hobby alive with his tireless poring over legal waffle and his boundless enthusiasm for his subject.

So, may we humbly suggest that each and every one of you that wishes to honour the memory of the man, gets hold of a stick of Ramon Allones Specially Selected. Perhaps we should arrange a time to smoke it all together via social media and beyond and use the reflection to remember our friend as he would wish to be remembered – the sun on his back, tobacco plants left and right, a smooth, mouldering cigar deftly clasped in one hand – and mischief playing across his face.