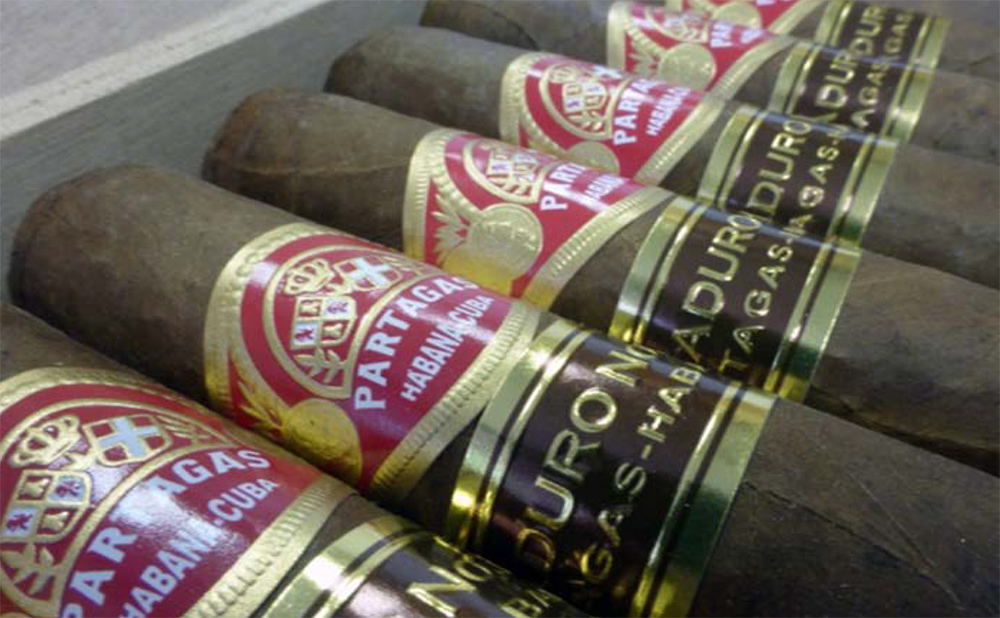 A legend among cigarmakers and a byword for power beautifully blended, Partagás is one of Cuba’s most famous longfiller sons.

The bold red and gold band; the Deontay Wilder, freight train punch; the Rosado wrappers; the exciting, sneeze-inducing smells of well-aged tobacco. This is Partagás as we have grown to know and love it down the ages.

Partagás is the most recognisable cigar factory in Cuba, in the shadow as it is of the Capitol Building. It’s now sadly mothballed for cigar making, but it retains its kudos among the cognoscenti, rarely putting out a bad stick. Limited and Special Editions are eagerly awaited; its regular production among the most reliable and consistent the island can offer.

Don Jaime Partagas opened the factory in that distinguished location on Industria Street back in 1845. The Marque quickly garnered a name for itself with its ultra-fine tobacco, all sourced from the hallowed Vuelta Abajo. Unmistakeably full in flavour, a Partagas should tweak your nose, but never be bitter. The range of smokes in the line is formidable.

Famous cousins include the 8-9-8 (available at one time in both varnished and unvarnished boxes), the Lusitania, reputedly named after the famous sunken ship, the ever-reliable ubiquitous Serie D No.4 and the beast, Serie E No.2.

You smoke a Partagas after a good meal to enjoy its decadent full body. The Partagas Short is a long-loved cigar but packs a heavyweight punch in a flyweight size. Age adds something delicious to the brand. If you can find an old example of the Lusitania – at least five years, ideally – you’re in for a treat. The square edges of the blockbuster are rounded. There is a simmering, rumbling power cloaked in velvet, age adding softer notes to the earthy character of the leaves.

A Partagas only truly feels and looks like a Partagas when it has that reddish-brown (Rosado) wrapper; to us here at Sautter, that band and wrapper note are like the joyous colours of a hot chilli. It’s both a warning and an invitation. Dance with the devil if you will – but you will do it his way.

Interestingly, one of the newer Partagas sticks has quickly attracted a rave following. The Serie D No.6 is just three inches long – but carries the girth of robusto at 5o Ring Gauge. It’s a superb small smoke, and if you smoke it carefully, you can make it last (not if you’re El Jeffe, though).

Bold Partagas flavours are there – although not too much so – and you can get a damned fine smoke if you have a half hour break in which to do so. So much better than chopping another smoke in half, or, Heaven forbid, smoking some awful machine-made monster.

Investigate and explore the Partagas brand; there’s a smögåsbord of delight awaiting you.

August 29, 2022 No Comments
PrevPreviousWhat’s The Point of Regional Editions?
NextSelflessNext