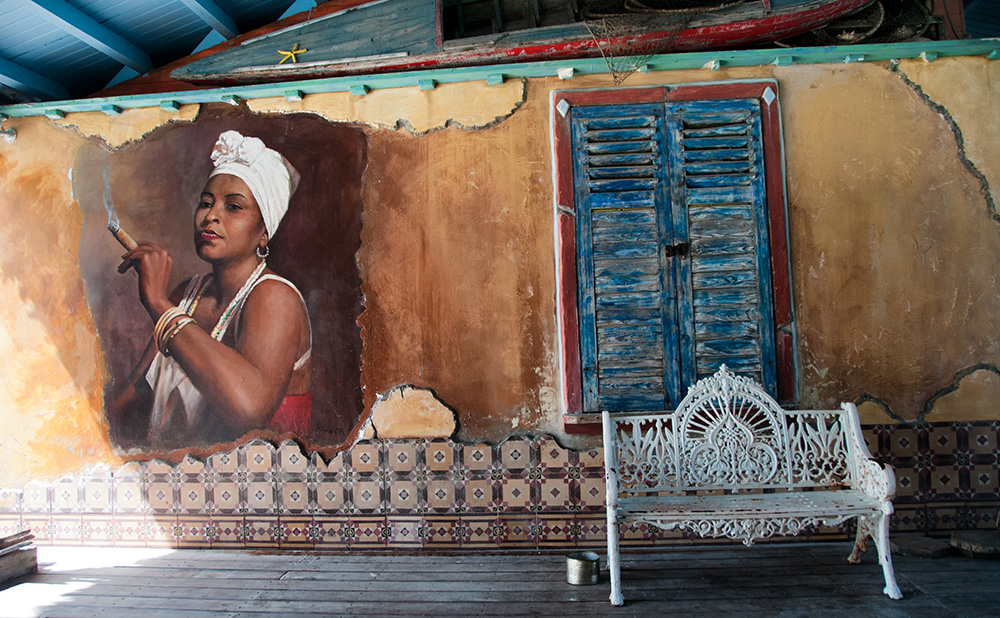 Returning from any great holiday is a come-down, but heading home after a hedonistic week in Havana is a real bummer.

We know because we’ve just done it.

Although the Sautter team returned to stunning blue skies and temperatures a head-scratching 17 degrees celsius back in dear old Bligthty, we still felt blue. That wasn’t just down to the jet lag, either.

Of course, one misses one’s family and there’s nothing quite like sleeping in your own bed, is there? But Cuba is such a magical place, the cigar smoking is so rich and easy and the injection of sunshine and Vitamin D is so welcome, that crossing the departures hall in the Jose Marti international leaves a sinking feeling in one’s heart.

Of course, Laurence Davis’ days would begin around 5.30-6am by the pool at the Sautter villa, when he could have the place to himself. One big, fat, Cuban custom roll after another would be consumed from then on throughout the rest of the day.

Most of the rest of the crew were not quite that hardcore, to be fair (and some were later to rise than others, due to their nocturnal gallivanting). But all, at various times throughout our busy days and evenings, could be found sampling something special from this island of great smokes.

As you know, you’ll soon be able to revisit our adventures via a host of Sautter videos we’ve shot, not to mention these continuing blogs. And these little vignettes of the fun and atmosphere to be gathered in famous smoking spots around the city will also help jog our memories when the cold seeps back in and everyday drudgery resumes.

It makes one wonder what the future holds for Cuba and its people. Will this long-standing bastion of Communism finally fall and the overwhelming will of the people force a sweeping change in the country?

If we had to guess, we’d say that change must surely be inevitable. As we’ve previously reported, there are huge shortages across the country, in some cases as bad as they’ve been for years. Something has to give.

We look forward to not only being able to help you pick and choose your favourite smokes, but also give you an idea of what’s going in the country that makes them. We will, no doubt, be back in Havana before too long and of course, in the meantime, we’ll be keeping an eye on the situation and regularly checking in with our contacts on the ground.

Whatever happens, you can count on Sautter, as always, for the best in cigar information and enlightenment; and there’s plenty more where that came from. Stay tuned…