Sautter of Mount Street / Blog  / The First Cut Is The Deepest 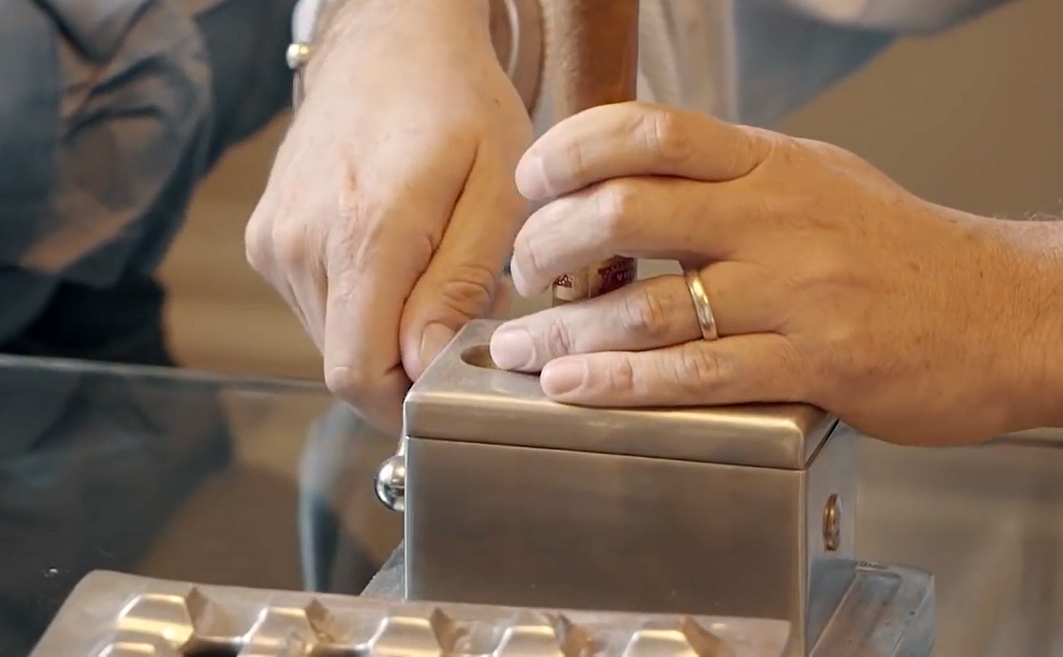 The First Cut Is The Deepest

El Jeffe, Laurence Davis, has one of those big silver cigar cutter contraptions on his desk in most of his video blogs.

It has a series of holes of various shapes indented in its metallic surface and when you poke your cigar in your hole of choice – if you’ll pardon the expression – and pull down on the side lever (much like popping in your change in a one-armed bandit) the desk furniture will clip your cigar for you and drop the cap in the bottom reservoir to be dealt with later.

Now the vast majority of cigars are cut with a straight guillotine; offering a clean, wide aperture for the smoke (and therefore the flavour) to cross the palate.

But there is the V-cut, or if you’re feeling really extravagant, the X-cut, which is two V-cuts diagonally across the head of the cigar and, quite frankly, total overkill.

But does the cut of a cigar make any difference to how it tastes, you ask? In short, yes – but not in a big way.

While you’ll be perfectly happy for the rest of your life if you never do anything other than give your favourite stogies a straight cut, a V or even a sloping straight cut can make a difference to the smoking experience, in our humble opinion.

The flow of smoke and flavours across the palate is different with a different cut. It stands to reason. So, while it may not be better, it may not be worse, but it will be different. Give a few familiar cigars a try with an alternative cut now and again to see how they change. It’s usually only subtle – it won’t change the taste of the blend, for example, or make a mild cigar stronger – but it’s another way to look for the subtlety in a handrolled masterpiece.

A punch cut can be interesting too – not least because carrying a little punch ‘bullet’ on your key ring is effortless and rewarding when you get a chance to use it. It’s pleasing to take a plug out of the cap, leaving the majority of it intact, and smoke a cigar with a rounded head for once. The draw needs to be impeccable for a punch cut to work well and towards the end of the smoke, you may find the flavours concentrate too much when combined through one small aperture on the cigar and on your tongue. In which case, it’s simplicity itself to take out a trusty guillotine, lop off his head and then return to business.

It’s actually beneficial to ‘purge’ the cigar at this point, to remove those sharp and bitter elements in the smoke. Perhaps we should write a forthcoming blog on the art of purging, or ridding the cigar of old or stale smoke and flavours.

Once you’ve done so, carefully and gently relight the remaining body of the cigar and enjoy it to its natural finish. There’s always room for fresh expression in cigar appreciation.

And when you come to realise this and utilise it on a daily basis – you’ll be a cut above the rest.