If you have just started enjoying fine Havana cigars or have been smoking for a while and would like to know more about the history of the Cuban cigar industry and how Cuban cigars are made Sautter has over 50 years of experience and can help you learn more.

Once a month on a Saturday, Sautters run cigar training. This is the ideal way to learn more about the intricacies of keeping and enjoying Cuban cigars and will follow the manufacture of a cigar from the sowing of the seed through harvesting and maturing of the tobacco, to the rolling and sorting of the cigars.

The training starts on the cigar terrace of one of London’s finest boutique hotels, where it is possible to smoke. After lunch, we move on to Sautter in Mount Street for an afternoon which will focus on the correct way to store, light and enjoy your cigars.

Over 50 years Sautter has gained an unparalleled reputation for aged Cuban cigars, we are delighted to be able to pass on our experience to new cigar aficionados. 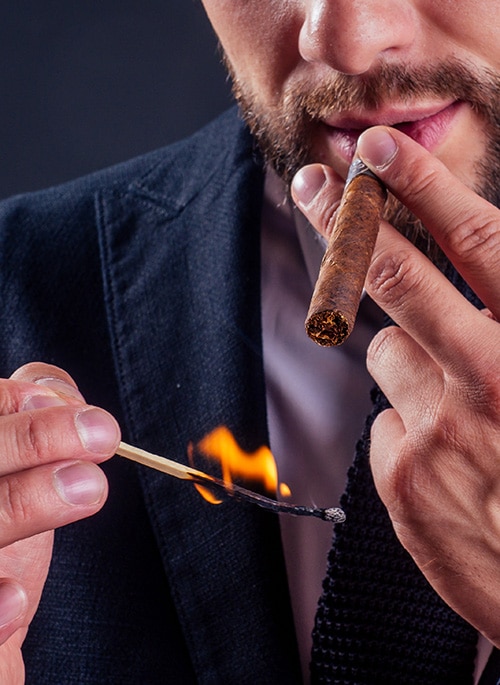 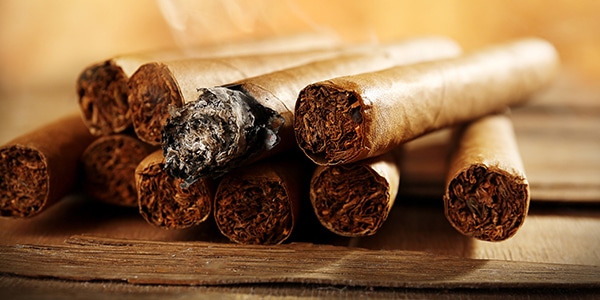 Choosing a cigar can be an overwhelming task when you are confronted with hundreds and maybe even thousands of choices. What colour do you look for? What size do you want? Are there tell tale signs to watch out for when buying a cigar? All these questions will be answered.

Without getting into too much detail, let’s look at the most obvious aspect of a cigar: colour. The shade of the wrapper usually is an indication of the flavor of the cigar. The darker the cigar, the more likely it will be spicier. This is more of a rule of thumb than a hard fast rule. Most new cigar smokers will appreciate a lighter colour. These are the general categories of color:

The darker the colour, the sweeter and stronger the flavour is likely to be, and the greater the oil and sugar content of the wrapper. Darker wrappers will normally have spent longer at the tobacco plant or come from higher altitudes: the extra exposure to sunlight produces both oil (as protection) and sugar (through photosynthesis). They will also have been fermented for longer.

The names of cigar sizes rarely have anything to do with the actual size of the cigar. There aren’t any universal standards to go by, so the best you can do is keep in mind that the size thing is just a guideline. And that is no more readily apparent than after you notice that one manufacturer’s churchill is the the same size as another’s double corona.

There are, however, “classic” measurements which will, when you become more familiar with them, allow to to make some general assumptions about a cigar’s size. For instance, after you get to know the classic measurements, the next time you see the words “Double Corona” on the outside of a cigar box you’ll know right away that what’s inside is not a collection of short cigars.

But then you’ll also want to keep in mind that just because the box says “Churchills” doesn’t mean the cigars are going to be 7 inches long with a 48 ring gauge.

All you really need to remember is that cigars, in terms of their size, are generally listed by length in inches and the ring gauge, or the cigar’s girth, which is in 64ths of an inch. So, a classic Churchill is 7 inches long and 48/64ths of an inch thick.

When choosing a size, it is important that you remember that the bigger the cigar, the longer it will take to smoke it. For new cigar smokers it is a good idea to stick with Coronas and Robustos.

There are 3 warnings for choosing a cigar: 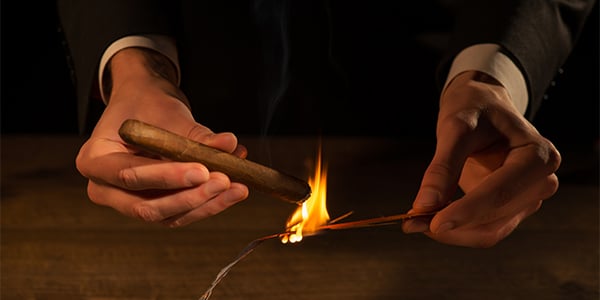 This can be tricky for a newbie, but our tips will get you through it. 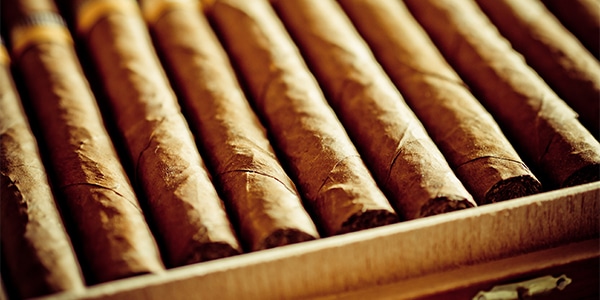 Cigars are hygroscopic in nature. Inlay terms, this means that they will over time dry out when in a dry climate or absorb moisture in a humid one. And they will continue to do so until their own moisture content matches that of the ambient climate around them.

A damp cigar will not burn properly. Not only will it be difficult to keep lit, but also difficult to draw on. The smoke may become too dense leaving the smoker with a sour taste and a rank aroma. Also, over moist cigars will commonly split their wrappers.

A dry cigar will burn too hot. Without the proper level of moisture, the combustion temperature of your cigar will be too high and the smoke will be hot and acrid against your palate. The smoke may become overly aggressive and you will lose many of the subtle nuances of flavor that a properly humidified cigar would of given you. Also, dry cigars will lead eventually to the early evaporation of their essential oils and reduce their overall flavor and aroma.

Typically for the most enjoyable smoking, a cigar should contain approximately 12 -14% of its total weight in moisture. This corresponds to 60 – 70% relative humidity, but can be up to 75%. Relative Humidity (RH) is a measurement of the amount of moisture in the atmosphere compared with that of complete saturation regardless of the temperature.

The primary criteria in the proper storage of cigars is to achieve a stable and ideal relative humidity within this 60% – 70% RH range. The secondary, but also important requirements are to store them at temperatures below 75 degrees Fahrenheit and in a darkened environment. Doing these three simple things will allow your cigars to not only be stored well, but also age well resulting in cigars that will draw easily, burn steadily, and share their optimum flavor and nuances with your palate.