Gilbert de Montsalvat was born in Burgundy in 1920. He spent his high school years in Paris between 1932 and 1937. Until 1943, he studied history, philosophy and English literature in Cambridge. He stayed in Cuba until 1955. His love for tobacco and cigars was awakened in Cuba; he also began to create extensive documentation on the subject. In Havana, Montsalvat was called "El Ministro de los Puros". Thanks to his outstanding reputation as a cigar encyclopaedist, he soon became personally acquainted with Ché Guevara and Fidel Castro. From 1966 to 1970, Montsalvat visited Geneva, Indonesia and the Philippines, where he was able to deepen his knowledge of tobacco cultivation in the Far East. In 1987 he received the Grand Socialist Medal of Honor of Cuba.
Filter by Price
£ .00
£ .00
Filter by Flavour
Filter by Filler
Filter by Length
Filter by Gauge 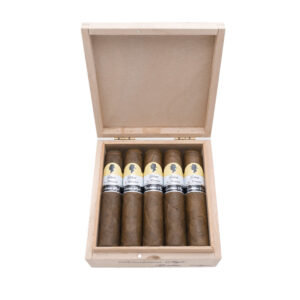 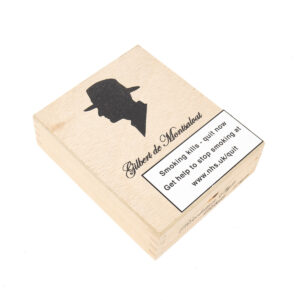