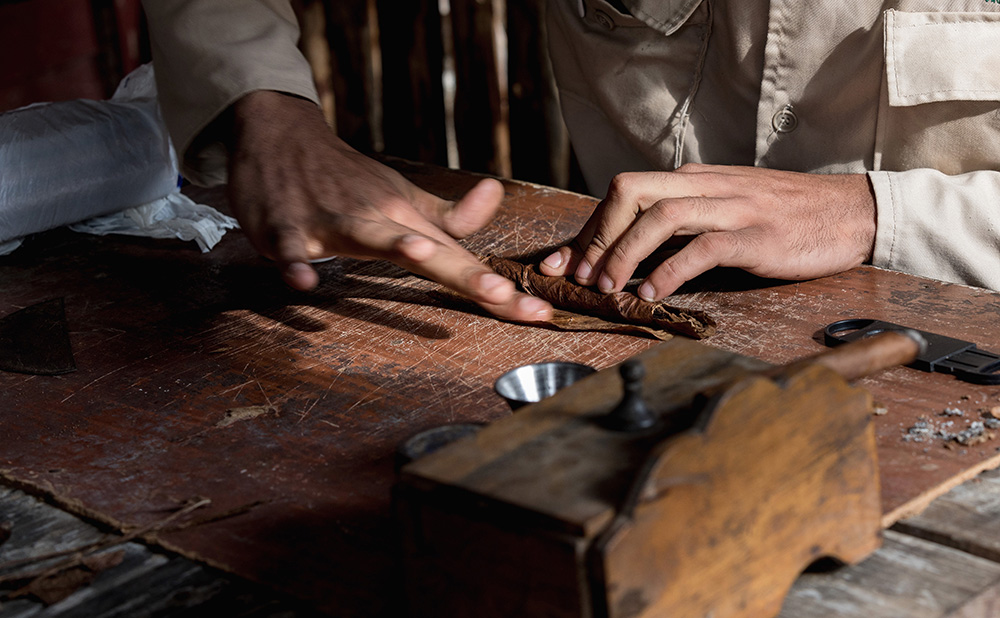 Zen And The Art Of The Cigar

There are so many things to love about a fine, handrolled cigar.

Not least that they are always there for you – like a faithful hound – come rain or shine.

It doesn’t matter if you’ve had the shittiest day since shitty days were invented. Your humidor awaits. Calm and resettling of your psyche is just a puff of smoke ahead. Let it dissipate your anger and allow the flavours to take you on a journey.

Mindfulness is all the rage these days – and rightly so, in our opinion. In a world where the bloke with the biggest gob seems to be the one everyone gravitates to, taking time for a few deep breaths, to contemplate there may be other points of view and to focus on the here and now – which, without getting into the realms of quantum physics, is all we ever really have – is something that should be prescribed by General Practitioners the world over.

And here at Sautter, we believe cigar smoking goes hand in hand with such a philosophical take on the world. There have been books written about the zen-like state fly fishing can induce – not to mention the art of motorcycle maintenance. But who’s ever given serious thought to the peace of mind and clarity of thought brought on by a simple cigar?

We’ve long maintained that if world leaders could gather for a smoke and a chat, bullshit would soon be out of the window. Deals would be made, friendships forged. We’re convinced of it.

The cigar forces you to slow down, you see (some more than others, of course; El Jeffe, Laurence Davis, can smoke a robusto in a matter of seconds, we swear). It forces you to take care with clipping and lighting – speed, or rather haste, is positively discouraged simply by the design and proper maintenance of the cigar.

The act of gentle puffing – gentle puffing, Laurence – brings calm and serenity. The differing delicious notes and flavours bring a contemplation and, similar to yoga, which uses body bends and tricky positions to take the mind away from the ‘inner chimp’ and into the present, the cigar has us living the moment – right here, right now.

This is the understated power of the handrolled cigar; its secret weapon; its uncharted depths. No-one will come out and say it publicly, of course – except us – but cigars are good for the brain. They reduce stress. They offer the chance to rationalise, proportionalise and compartmentalise the day and its problems into their real worth. After all, the sun will come up tomorrow and God willing, you’ll still be breathing; whether or not the washing machine needs replacing or your boss is an utter bastard.

A good cigar is also an excellent incentive. We use it to good effect as a reward system; finish checking the stock and we can treat ourselves to a Romeo y Julieta Belicosos; write another searingly-good blog like this one and an Epicure No. 2 awaits.

Do not underestimate the power of your smoke and the effect it can have on you and on your day. We may yet write that book; Zen And The Art Of The Cigar. That’d be worth a box of something.

In the meantime, remember where you read it first. And thank your little cigar brethren for their loyalty, love, peace and understanding.