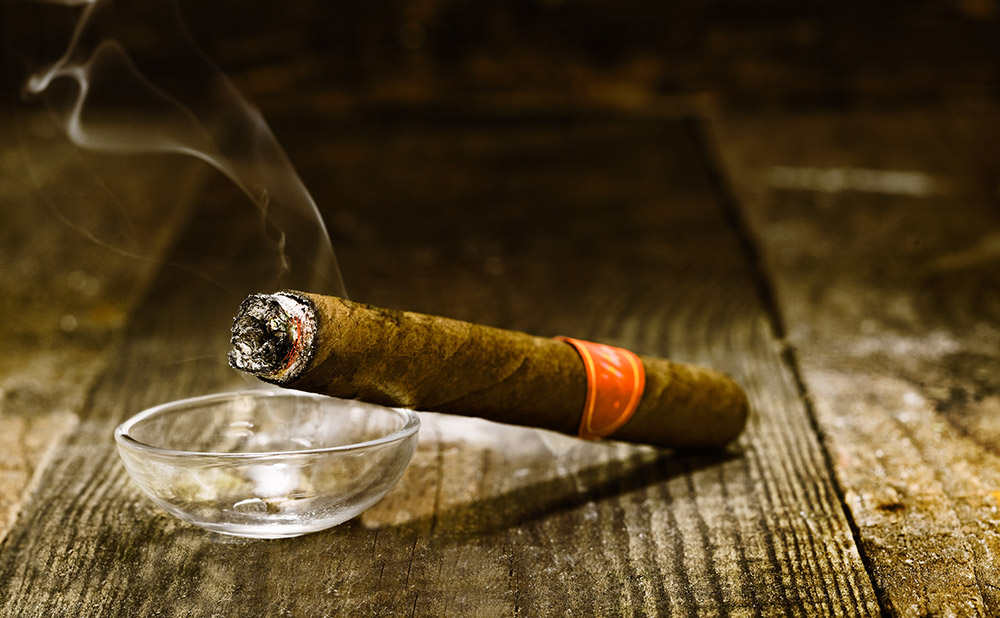 If you want to really enjoy the cigar you’re smoking, take a tip from us. Don’t get drawn into the habit of it.

That may, at first glance, sound odd; we’ve long opined that cigars are a universe away from the sinister stink of cigarettes and their addiction. They are.

What we mean by a cigar habit is simply summed up by the old adage, Familiarity Breeds Contempt.

Humans are designed to accept and move on. The brain likes familiarity, actively seeks it. That’s why you can go to a strange country and after a few days feel perfectly ‘at home’.

That’s why we tend to sit in the same chair; occupy the same position in a gym class; put on our shoes in the same fashion, day after day. The brain loves a routine. You need to be aware of it.

It’s easy to grab a cigar while occupied with another job or thought; clip it, light it, shove it in your gob and puff away without giving it a moment’s notice. Your cigar smoking has ceased to be an experience. It’s become a habit.

This is not a good thing in our humble opinion. This makes you a lazy smoker. And if you keep this up, you won’t remember when you last had a great smoke or stopped to wonder where the flavour of a particular stick was coming from.

Go back to basics. Remember how this little Heavenly parcel arrived in your paws. It has been tenderly nurtured every step of the way. From the hundreds of thousands of seeds collected from a dried pod, it was germinated with several hundred brothers and sisters in seed trays.

After 45 days, it was set out on its own into the rich, dark soil of a (probably Caribbean nation). Now it reached for the sky, growing in another 45 days as tall as a man and holding aloft sticky, umbrella-like green leaves. These hold the magic.

The different levels of stalks and leaves give us distinctly different characteristics; burn, taste, looks.

Once taken from the mother plant on just the right day, the leaves are cured in a warm barn right there in the plantation, until they reach a chocolate brown shade all over. They journey to the factory in time, for more fermentation and ageing. And then, and only then, do the expert cigar makers get their deft hands on them to create the finished stogie.

Even then, the sticks will go back to sleep to settle and allow their flavours to merge and intermingle. Once sorted and packed, they will cross oceans and fly through clouds to reach you. Years will have passed.

Feeling guilty yet about launching into your latest cigar, barely pausing to look at it as you do so? Good. So you should. More than 200 pairs of hands have tended to that tiny seed and the leaves it grew during its evolution from soil to cigar.

Show it some respect and give it the time and consideration it deserves. If you want a quick garden-mowing, dog-walking injection of ‘Vitamin N’, opt for a machine-made stick to ignore.

But if it’s a crafted Cuban or a nurtured New World, then take the time to enjoy it with every sense. Your cigars – and you – deserve better than mere habit.