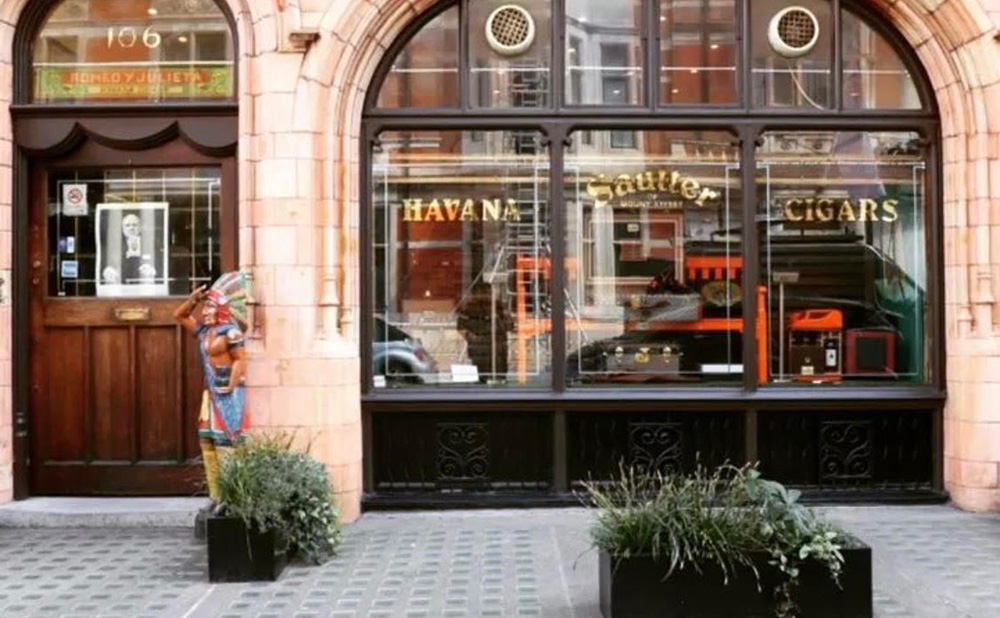 A couple of pleasant hours this week were spent contemplating the existence of mankind while watching raindrops track down the window of Sautter and thick, blue smoke curling to the ceiling. The gist of our thoughts was what the paucity in stocks of certain cigars will mean for the future.

Aficionados the world over have long encouraged new cigar lovers to invest in a few boxes to lay down – to see what effect age has on fine tobacco. Almost universally liked by smokers, aged tobacco is rich and complex, less in your face than young leaf, and highly sought after in certain brands and sizes.

But the growing storm which has strangled worldwide supplies of hand-rolled cigars must also, therefore, affect how many sticks are laid down now for future use. Let’s face it, if you have a stash of, say, Wide Churchills, in your humidor which you were laying down for five years, but then you run out of cigars to smoke at this very minute – he odds on the Wides staying safely snuggled in their beds are rapidly decreasing.

The lure of the cigar is strong indeed. It’s difficult to resist that siren call when it comes. Some cigar lovers maintain that we’ve been smoking our Cuban cigars far too young for years already – committing infanticide if you will, and never allowing that Partagas Serie D No.4 or whatever else the chance to fulfil its mighty and compelling potential. Cuba has been speeding up the whole process of getting cigars on the shelves increasingly over the years, reducing the amount of time the finished cigars spend in the Escarapate or ageing room. The quicker they can get them out of the factory, onto boats and planes and into foreign markets, the quicker they can generate much-needed cash for the economy.

But now, even those cigars which have been purposely marked down for a medium to long-term hibernation in the humidors of enthusiasts may find they are burned while they sleep.

The most annoying thing about this perfect storm of cigar shortage is that every response you can make pretty much makes the situation worse. Like forest fires caused by global warming as tally speeding up global warming, panic buying of stock and over-paying for desired boxes only exacerbates the cigar shortage problem. The relatively new flood of cash from countries like China and Russia means what little stock there might be now heading in their direction like iron filings in response to the pull of a magnet.

These and more thoughts go through our heads than on a cold, damp, typically December afternoon. We’re grateful for the company of a steaming cup of coffee and a short, fat, smouldering cigar that burns slowly and mesmerically as the brave or caught out shoppers tiptoe down Mount Street to avoid the puddles.

Will you break into the precious ageing stock or are you made of sterner stuff and will refuse to buckle under the pressure? Whichever side of the fence you fall on, trust Sautter to remain here to meet your needs and answer your questions, supply you with old favourites and introduce you to new ones.