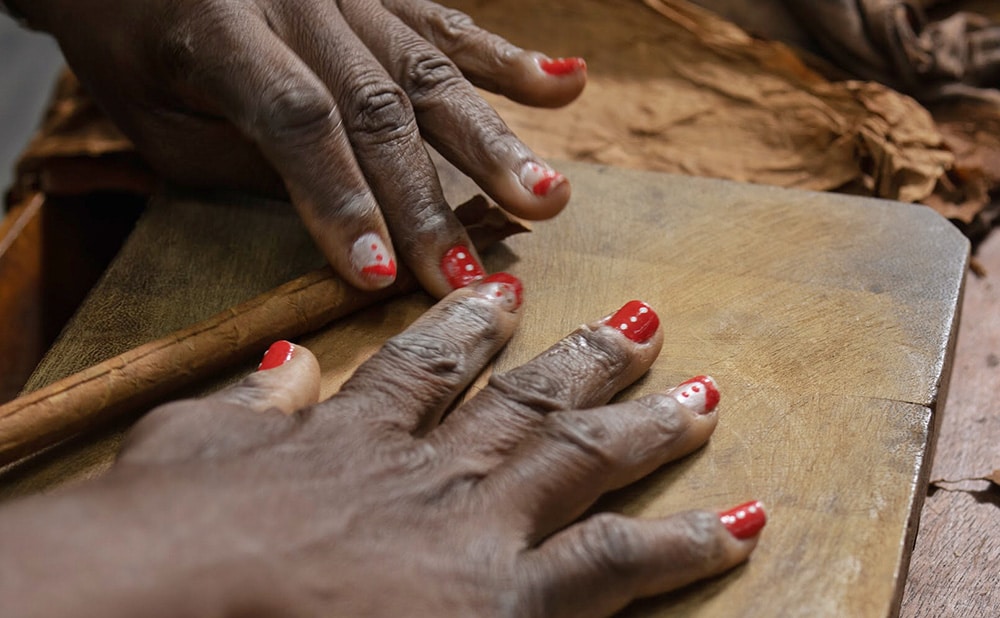 THIS really does feel like an epiphany for the Cuban cigar industry – indeed for cigar makers and consumers.

This perfect storm of cigar shortages; lack of investment in certain sections, economic crisis in various markets, Covid 19, a step change in consumption, huge increases in shipping costs; the purchase of Habanos by a mysterious Far East cartel and more; all have sped up and exacerbated a movement which has been creeping up on us more steadily for years.

And that movement has been the gradual erosion of the dominance of the Cuban cigar. Paradoxically, it comes at a time when demand for Cuban cigars is higher than ever and when the quality of prestige Cuban releases has also reached dizzying heights. Just when Cuba should be powering froward to dominate the world’s cigar markets, it is, in fact, faltering and falling away.

Firstly, one can look to the powerful ‘New World’ cigar market which has sneaked up on the outside and is now striding away from its main competitor. The New World sector now far outstrips Cuba in the production and export of longfiller, handrolled cigars. Started, ironically enough, largely by Cuban émigrés fleeing the nationalisation of their farms following Castro’s revolution, the idea of growing high-end cigars anywhere other than Cuba was once seen as laughable. Who’s laughing now?

Another reason which may partly explain Cuba’s current fall from grace is that the new wealth of the Far East has begun to flex its muscles. Anecdotally, those in the industry have long been talking quietly of huge swathes of sought-after cigars wending their way east before even reaching other world markets, and again, while this at first appeared a covetous hand-rubbing moment for accountants of the Cuban Government, in reality, this has seen a further fall in the quality, reach, supply and brand estimation in the rest of the world. Long-term wholesale buyers of Cuban cigars have become frustrated by the apparent lack of loyalty from Cuba, who have seemingly been wooed by a new beau with deeper pockets. This was emphasised by the controversial sale of 49% of Habanos SA – the Cuban cigar trade’s marketing arm – to mysterious Far Eastern investors. A sense of gloom pervaded those heavily involved in the sale of Cuban cigars when it was considered that if Chinese cash was scooping up all the stock before, imagine what things would be like post-sale.

It is a holy grail of marketing and sales teams everywhere to create unprecedented demand for their product – but an unforgivable mistake to do so when you can’t then supply that demand. This is what has happened with Cuban cigars and it is linked to China becoming Cuba’s biggest export market.

Covid of course has caused massive issues within Cuba – not least with large percentages of skilled workers like cigar rollers being off at any one time, greatly reducing the capacity of each and every factory. Cuban farmers have cottoned on to the fact that as harsh economic reality bites, they can earn more from their land by growing tomatoes than they can growing tobacco. Box factories have been unable to supply enough boxes to house cigars when they are made. And because millions and millions of people have been locked at home during various lengthy lockdowns across the world, those that like a cigar have taken to enjoying one more often. This has contributed to inventories being quickly sold and suddenly retailers are crying out for stock that Cuba cannot possibly supply quicky enough.

Nevertheless, Covid isn’t the cause of the empty shelves across Cuban humidors worldwide – it is simply the cherry. It also underlines how powerful a consumer force the USA is.

Don’t forget, the United States is the world’s biggest cigar market and cigar lovers there can only legally get their hands on New World cigars. So, the innovation and investment of New World cigar makers – many of them boutique, funky brands in glorious opposition to the traditional, unchanging face of Cuban marques – has leapt forward and driven a turnaround in the equilibrium between the sales of Cuban and New World cigars.

Will the Cuban cigar industry be able to ride out this storm? It remains to be seen. But whatever direction the wind blows in, rest assured Sautter will continue to try to offer lovers of the leaf the best of the available smokes out there. None of us deserve to run out of cigars!