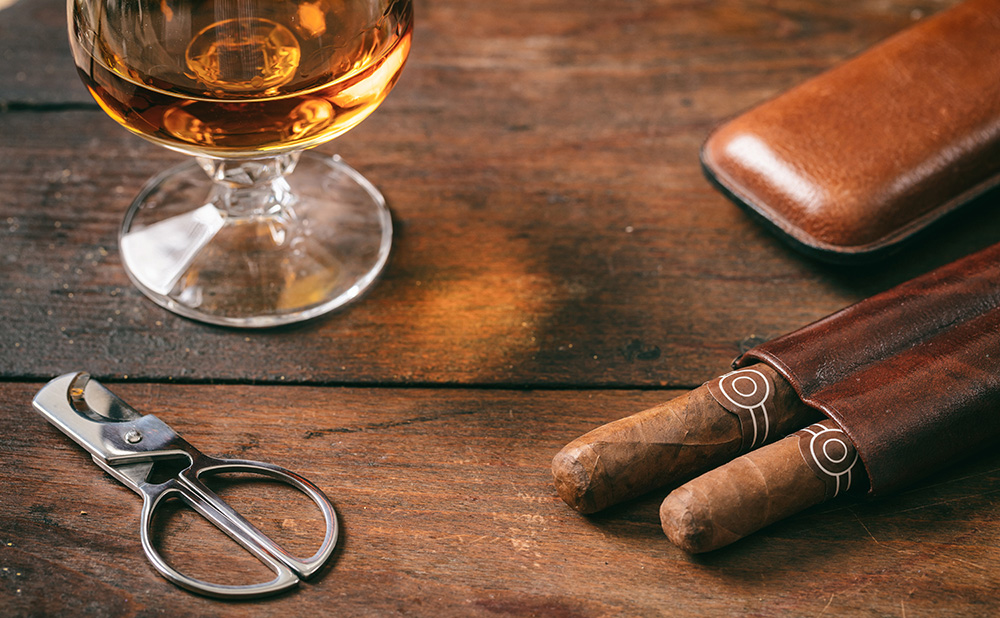 Another year rolls into Q4, as marketeers are so fond of calling it.

It seems barely possible. The rest of the year has disappeared in a flash, we’ve won the cricket World Cup, lost the Ashes and here we are, on the cusp of mists and mellow fruitfulness.

It’s a wonderful time to smoke cigars, though. There’s something about the fading warmth, the melancholy of nature battening down the hatches for rougher waters ahead.

This time of year lends itself perfectly to a quiet, contemplative cigar and reflecting on the what has been and what’s to come. Don’t forget to ask the powers that be at Sautter what they’ve smoked lately that was good, what’s new on the shelves, what’s coming out of ‘hibernation’.

That’s the key to constantly stimulating your palate and to making informed choices. In the Mount Street store, there’s an upright humidor close by the cinema-style seating facing the counter. If you haven’t noticed it before, notice it next time you go in.

For it has a selection of aged Cuban stock, much of which is handpicked by the Cuban Maestra, Magali de la Cruz. A Punch Punch may look like an innocuous cigar, but wait until you’ve tried one from the late 1990s, then I dare you to call it innocuous.

Aged cigars are something of a mystery to even the most ardent connoisseur. One never quite knows how a stick like this is going to perform. If they’ve ‘gone over’ they tend to have an overpowering, flat, perfume taste on the palate, a bucketload of floral notes which drowns out all else.

If they’ve been kept poorly, you may find them obscenely dry and harsh, like smoking a quickly rolled handful of hay. And yet, if they’ve been looked after and were a superior blend to begin with, the experience can be nothing short of magical.

Some cigars go through a ‘sick period’ initially after rolling, and may take a year or more to pull through this into more refined flavours. Some go through a rollercoaster ride of ups and downs, subtly changing profile every 6-12 months, losing strength and nicotine levels, harmonizing flavours, allowing the true story of the blender’s skill to rise, trout like, to the surface.

Oddly, if you shop around, you can find aged cigars at weirdly attractive prices, too. Often, a significant number of years of age on a cigar is not reflected in its price. At auction, for example, you can often pick up cigars and boxes with several years of age, for less than you can pick up the same cigar in current production.

A strange one, but symbolic of most cigar smoker’s fondness for new smokes, I suppose.

So, make aged cigars part of your routine, even if its once a month or so. Of course, the most rewarding thing you can do is begin to build some aged stock of your own; laying down a box or two of a favoured vitola and periodically testing a stick for development.

Make notes, compare nuances, discover at which points you seem to enjoy the cigar most. Then you can really start to build an arsenal of great aged cigars that you can enjoy while their younger brethren sleep until ready for you.