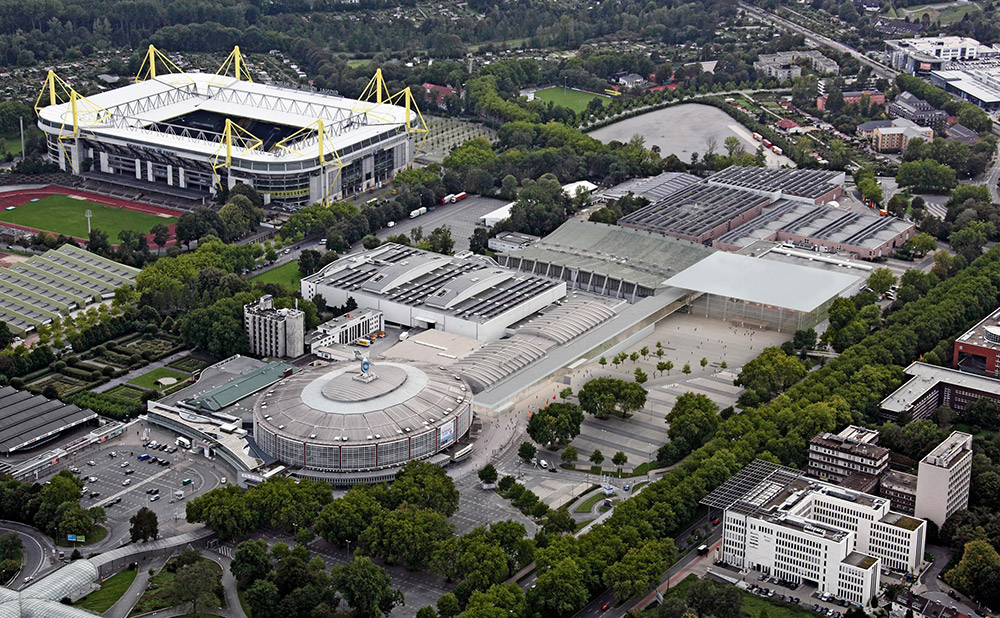 As promised, a little more detail this week on what it’s like to visit a cigar trade show.

A tobacco trade show to be more precise; and to narrow down the field to a precise point, the InterTabac in Dortmund, Germany.

Regular readers will recall I last spoke to you about recently launching my new book – Around The World In 80 Cigars – and following a debut success at Sautter of Mount Street, where I spent a few days ‘guest starring’ in the shop and signing books, a quick change of clothes and I was Germany bound.

I’ve been visiting Dortmund for this annual show for several years now and while it is a remarkably tiring show, it’s also always one I sneakingly look forward to. It’s a chance to catch up with cigar buddies from all over the world, smoke a few sticks, shoot the breeze and, almost as importantly, show your face in the right places. As a columnist for Cigar Journal magazine, I’m always dashing off to various booths for interviews and photoshops and this year I was able to add another string to my bow by signing copies of the book.

The conference itself is on a truly vast scale; some seven halls, filled with every form of tobacco product and accessory you can imagine. There are buxom wenches handing out goody bags, weird and wonderful vaping and sheesha contraptions and a good two halls’ worth of cigar loveliness.

Just about everyone in the industry is represented at Dortmund, from the major players in New World cigars from across the pond to Habanos SA, the sales and marketing arm of the nationalised Cuban cigar business.

Held over three days, there’s a lot to cram in. There’s several parties going on in various locations every night as brands seek to get together with friends and potential business colleagues, so you have to get your sleeping done while you can. And did I mention you can smoke at the trade show?

Remarkably, in this totalitarian world we now seem to exist in, it’s possible to wander around the various booths and concessions and happily puff away on a new stick while you do so.

And talking of sticks – you really do get through them. While cigars folk are generous at the best of times, here they hands out new lines and samples as a business card. They’re here to sell smokes, so there’s never much of a shortage of cigars to be lit.

Having signed more books than I can remember over the last couple of weeks, I’m finally back home for a few days to recalibrate and catch up on some writing. Then I’ll no doubt be off again on another cigar adventure. Watch this space.